The CYFA is committed to increasing the quality of youth football in Hillsboro, Oregon by providing kids from age PreK-8th grade with an opportunity to play football in a safe, structured, fun and positive environment. We believe that teaching discipline, hard work, responsibility, teamwork and sportsmanship benefits our young people for the rest of their lives. Teaching by example is the most powerful method for our youth; we expect all of our coaches, board members and volunteers to role model these values.

Making it to the Gold Bracket was 5/6 Teal Coached By Jordon Zander.  They faced a tough West Linn team, but didn't go out without a fight.   Unfortunatly the Jags fell to the undefeted Lions in the first round, but finished with a strong 6-2 season!

In the Silver bracket was 5/6 Black Coached by Ed Hensley in which he brought his team into the first round of the playoffs against Oregon City but couldn't quite hold on.  There is always next year!

The Varsity team went head to head with Newburg, led by the Jags Head Coach Marc Nicholson.   The Tigers ended up defeating the Jaguars 38-16, but Century is proud of their accomplishments! 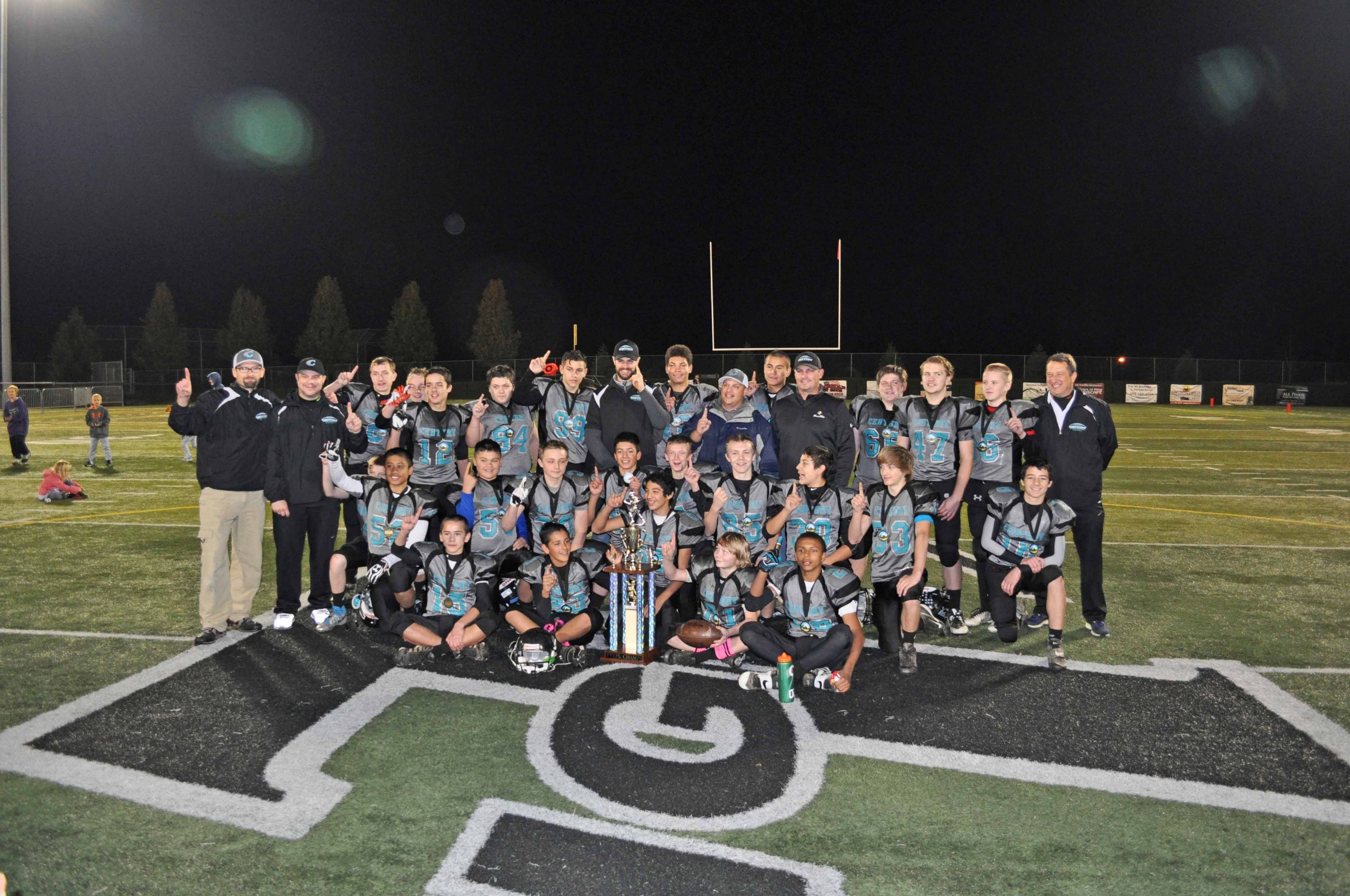